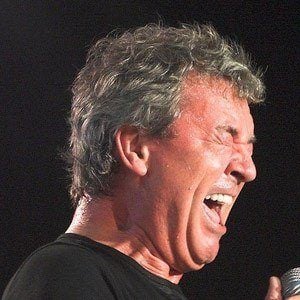 Lead singer and lyricist with the band Deep Purple who also fronted Episode Six and pursued a solo career.

He worked manufacturing ice machines in London. His first band was Garth Rockett and the Moonshiners.

He is an avid football fan, especially of the Queens Park Rangers.

He has two children with his wife Bron and three grandchildren.

He replaced David Coverdale as the lead singer of Deep Purple.

Ian Gillan Is A Member Of