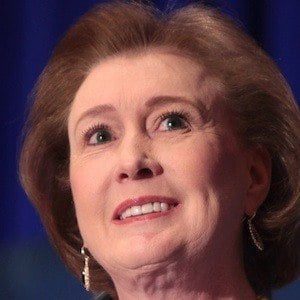 Wife of former presidential candidate Mike Huckabee who was the First Lady of Arkansas from July, 1996 until January, 2007. She has also worked as a substitute teacher and a pharmacist's assistant.

She was diagnosed with spinal cancer in 1975, shortly after she graduated high school and married her husband, and had to undergo surgery.

When running for state office, she told a reporter that 'If it wasn't for the grace of God, I'd have shot a few [of her critics] already.'

She had three children with husband Mike Huckabee.

Hillary Clinton was also the First Lady of Arkansas when her husband served as governor.

Janet Huckabee Is A Member Of