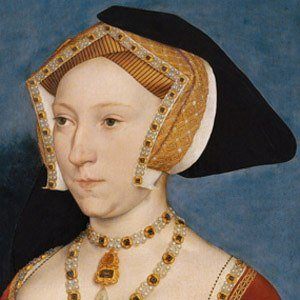 Third wife of King Henry VIII who left him a male heir, but at the cost of her own life. She was the only one of Henry's wives to receive a queen's funeral and be buried beside him.

After King Henry took a liking to her, he dispatched his then-wife Anne Boleyn on trumped-up treason charges.

She was a lady in waiting of Anne Boleyn, which is how King Henry came to know her in the first place.

She grew up in a noble family, the great-great granddaughter of King Edward III.

Wendy Barrie played her in the Academy Award-nominated film The Private Life of Henry VIII.

Jane Seymour Is A Member Of