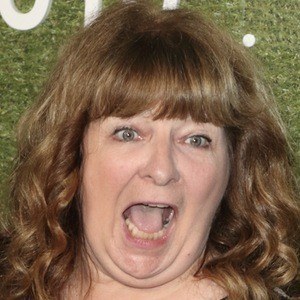 Known for her bestselling autobiography, Handstands in the Dark, and for her one-woman stage pieces, Good Godley! and The Point of Yes, this writer and comedienne was nominated for the 2006 Scotswoman of the Year honor. Also a journalist, she penned a weekly column for The Scotsman.

Early in her career, she established a comedy club called Jesters in Glasgow, Scotland. She rose to fame in 2002, when a series of comedy performances in New Zealand earned her several award nominations.

In 2005, she performed a piece called Jane Godley is Innocent for several dozen inmates at a Scottish high security prison.

She grew up in Glasgow, Scotland, and, in her late teens, married a member of a prominent Glasgow gangster clan. She and her daughter, Ashley Storrie, began a popular podcast in 2010.

While operating a bar in Glasgow, she hosted magician and comedian Jerry Sadowitz's first performances.

Janey Godley Is A Member Of