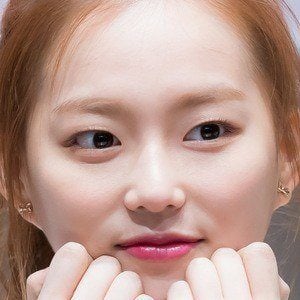 Main rapper of the South Korean girl group CLC, she is joined by singers and dancers Kwon Eunbin, Elkie Chong, Choi Yujin, Oh Seunghee, Sorn, and Jang Seungyeon. The group has released several hit EPs since their debut in 2015.

Before debuting in CLC, she appeared alongside several other bandmates in the BTOB music video "Beep Beep."

In August 2016, she and the rest of CLC all appeared on the Korean variety show MBC Idol Star Athletic Championship.

She was born in Dongducheon, Gyeonggi.

In 2015, she was featured on the single "KIMISHIKA" by Dong-woon of the boyband Beast.

Jang Yeeun Is A Member Of