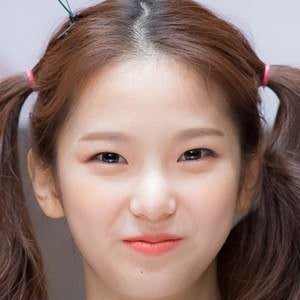 Formerly supporting vocalist and lead dancer for the South Korean girl group CLC, or CrystaL Clear. The group released their debut EP First Love in March 2015. She is now a member of Kep1er which was formed on October 22, 2021.

Before joining CLC, she graduated from Hanlim Multi Art School.

In 2016, she made an appearance in the drama Nightmare Teacher. She has appeared in several TV shows including the reality show Girl Planet 999 in 2021.

She was born in Jeonju, South Korea.

Other members of CLC include Jang Seungyeon, Oh Seung Hee, and Elkie Chong.

Choi Yu-jin Is A Member Of