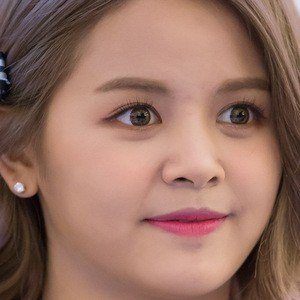 Thai pop star who was crowned the winner of the first season of the music competition K-Pop Star Hunt in 2011. She later joined the girl group CLC, whose first EP First Love was released in 2015.

She took vocal lessons as a child at the encouragement of her mother.

She talked about her life as a trainee in the 2013 documentary Seoul: Capital of K-Pop (Inside K-Pop).

Her real name is Chonnasorn Sajakul. Her father has worked for the President of Thailand.

She has performed alongside singer Choi Yu-jin as a member of CLC.

Sorn Is A Member Of