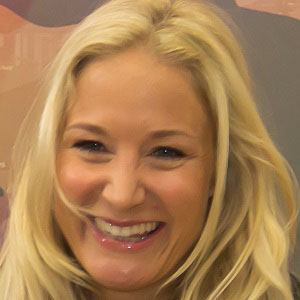 Perhaps most well known for her portrayal of Carmen Krause on the German television series Hausmeister Krause - Ordnung Muss Sein (1999-2010), she is also famous for playing Staatsanwaltin Ellen Bannenberg on the 2013-2015 series Heldt.

She made her television debut in the early 2000s, co-hosting the German comedy program Die Dreisten Drei.

She played Sarah Sommer in the 2005 feature film Barfuss.

She spent her early days in Cologne, Germany. With her husband, Dirk Budach, she raised three children.

Early in her career, she appeared with Til Schweiger in the 1997 German action movie Knockin' on Heaven's Door.

Janine Kunze Is A Member Of