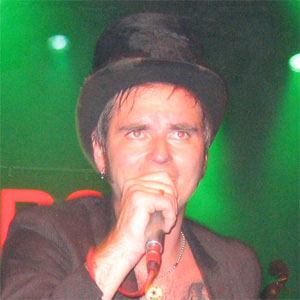 Norwegian singer and guitarist best known as a member of the band Kaizers Orchestra. He is also a producer who has produced records for fellow Norwegian artists like Britt-Synnove Johansen.

He and childhood friend Geir Zahl started recording music on a tape recorder as an alternative to playing soccer.

His band, Kaizers Orchestra, are widely considered one of the best live acts in Europe, winning honors like the Concert of Roskilde award in 2002.

He received his first guitar as a gift from his grandmother. He has been married and has children.

He and Kaizers Orchestra have collaborated with renowned jazz musician Erlend Skomsvoll.

Janove Ottesen Is A Member Of