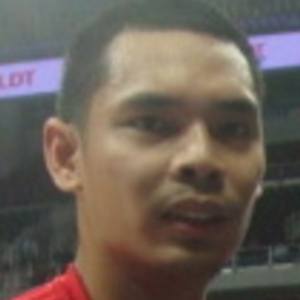 Power forward who won his first PBA title with the Talk 'N Text Tropang Texters in 2012 before winning back-to-back titles with Barangay Ginebra San Miguel in 2016 and 2017. He made five consecutive PBA All-Star teams from 2013 to 2017.

He transferred from Ateneo de Manila University to Western Kentucky in 2007.

His father, Peter Aguilar, was a PBA player.

Japeth Aguilar Is A Member Of