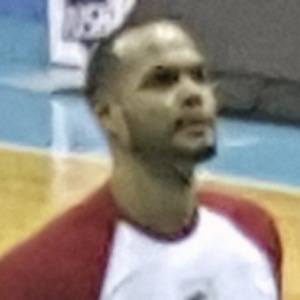 Point guard who joined the Barangay Ginebra San Miguel in the Philippine Basketball Association in 2015. He has more than 120,000 followers on his m3rcmywords Instagram account.

His mother is Rosalie Rayos.

He and Paul Lee have both played in PBA Championships.

Sol Mercado Is A Member Of