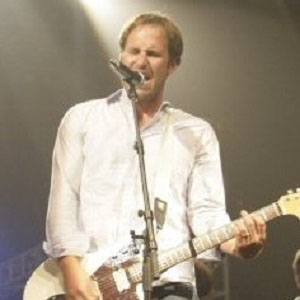 Singer and guitarist who has earned popularity in the world of contemporary Christian music with his solo efforts as well as his work with the band Desperation Band. Some of his best known albums include 2006's Where to Begin, 2008's Where Faith Comes From and 2012's The Narrow Road.

He grew up as a member of the New Life Church in Colorado Springs, Colorado.

He was featured on the Integrity Music compilation Arise: A Celebration of Worship, which was nominated for Special Event Album of the Year at the 38th GMA Dove Awards.

He married a woman named Megan, with whom he has children named Becket, Francie, Everet and Lyla.

He and Don Moen both appeared on the Arise compilation.

Jared Anderson Is A Member Of