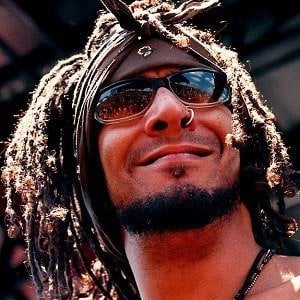 Famous as the frontman of the California punk rock and rap fusion group Hed PE, he also pursued a solo career, releasing a 2012 single titled "Doomsday Paradise" under the stage name of Jahred.

During the 1980s, he performed with a dance music group called The Clue. He went on to form Hed (Higher Education) and later changed the group's name to Hed PE, or (hed) Planet Earth.

He contributed to a 2007 track by the hip-hop group Twiztid.

Born Paulo Sergio Gomes, he grew up in California in a family of Brazilian and African heritage.

He and guitarist Wesley Geer are both famous for their membership in Hed PE.

Jared Gomes Is A Member Of