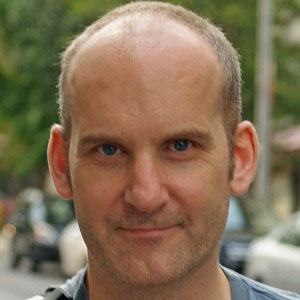 Famous for fronting the Washington D.C.-based punk bands Fugazi, Minor Threat, The Teen Idles, and Embrace, he is also notable for his work with the indie rock group The Evens.

In his early years, he formed a band called The Slinkees and performed a number titled "I Drink Milk."

His 1981 song "Straight Edge" expresses a clean living philosophy that stands in stark contrast to the drug-heavy lifestyles of many of his fellow musicians.

He and his musician brother, Alec MacKaye, grew up in Washington D.C. as the sons of a Washington Post journalist. In 2008, Ian MacKaye welcomed his first child with singer and drummer Amy Farina.

Ian MacKaye Is A Member Of