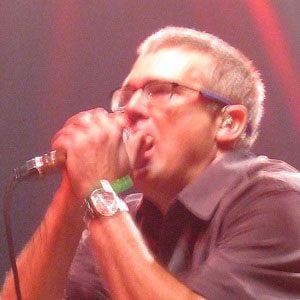 California-born punk singer and songwriter best known for his work with a Los Angeles band called the Descendents. A man of many talents, he had a second career as a biochemist.

While he was attending the University of California - San Diego, he and the Descendents released an album called Milo Goes to College.

After carrying out biochemistry research at the University of Wisconsin-Madison, he secured a position at Delaware's DuPont chemical plant.

He was born in Lomita, California and raised in nearby Manhattan Beach. He got married in the mid-1990s and subsequently raised two children.

He and fellow punk rocker Brett Gurewitz both grew up in the Los Angeles area.

Milo Aukerman Is A Member Of