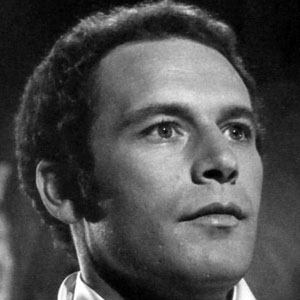 After playing Dusty Farlow on the popular soap opera Dallas, this television actor joined the casts of both War of the Worlds and One Life to Live. His 1970s and '80s film credits include roles in Westworld and The New Gladiators.

After studying literature and art history at Columbia University, he worked as both a Shakespeare in the Park apprentice and a New York Times reviewer.

After retiring from acting, he pursued a career as a fine art photographer.

He grew up in New York City as the son of New Yorker cartoonist Charles E. Martin and artist Florence Martin. His first two marriages were to Nancy Fales and Carol Vogel; in 2000, he married his third wife, Chinese dancer Yu Wei.

At Manhattan's Public Theater, he performed with Martin Sheen in a disco-rock version of Shakespeare's Hamlet.

Jared Martin Is A Member Of