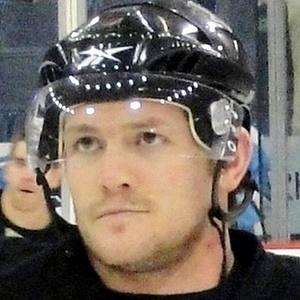 NHL left winger whose illegal checks to the head prompted the league to change rules outlawing his style of play.

He was a talented offensive player in the OHL, scoring 95 points in his second season while serving 146 penalty minutes.

He played the informal pest role for the Pittsburgh Penguins, often drawing suspensions for his concussion-inducing hits.

He had three children with his wife Michelle.

The NHL commissioner, Gary Bettman, outlawed head hits from the blind side in response to a number of Cooke's hits.

Matt Cooke Is A Member Of