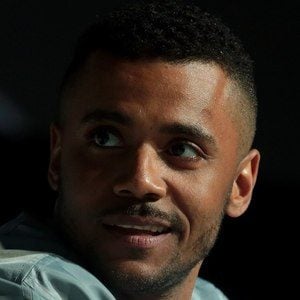 Television actor, known for his wide variety of recurring roles in both Canadian and American television. He has starred in DirectTV's Rogue and had recurring roles on Fox's Fringe as Tim, ABC's Once Upon A Time as Billy the Mechanic, The CW's The 100 as Nathan Miller, and ABC's Mistresses as Wilson Corvo.

He was an athlete all through his childhood and played hockey and basketball. In 2007 he decided to move to Vancouver and try his luck as an actor. His first ever credited role came in 2010 in Percy Jackson & the Olympians: The Lightning Thief.

He considers his role in The CW's The LA Complex to be the most important role he's ever done. He played Christopher Taylor, a lawyer who was also gay. It was a monumental role as he was one of the first openly gay black characters on television. He said he continues to receive fan mail and messages from men to whom that representation meant a great deal.

He loves his dog, who is the focus of many of his Instagrams.

He shared scenes with his leading lady on Mistresses, Jennifer Esposito.

Jarod Joseph Is A Member Of