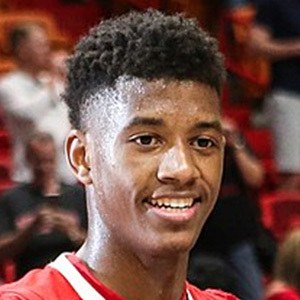 2019 Big 12 Player of the Year at Texas Tech University who was selected sixth overall in the 2019 NBA Draft and became a member of the Minnesota Timberwolves. He helped lead Texas Tech to the 2019 NCAA championship game where they lost in overtime to the University of Virginia.

He played football and soccer growing up before switching gears toward basketball at Irons Middle School. He was a three-star recruit coming out of Coronado High School.

Other accolades at Texas Tech included Consensus second-team All-American and First-team All-Big 12, both in 2019.

He often played basketball in the driveway with his older brother, Trey. His father Hiawatha Culver Jr. was a pastor and his mother Regina was a director of a local Head Start.

In his freshman season at Texas Tech, he was a teammate of Zhaire Smith.

Jarrett Culver Is A Member Of