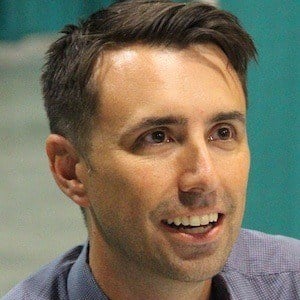 He attended the Rhode Island School of Design, where he worked illustrating educational readers while in school. His first book was published in 2001.

He's taught at the Monstserrat College of Art and has given TED talks. He's also hosted a show on Sirius XM.

He has two daughters with his wife Gina.

Amy Poehler was cast to play the titular lunch lady in a proposed movie adaptation of the books.

Jarrett J. Krosoczka Is A Member Of