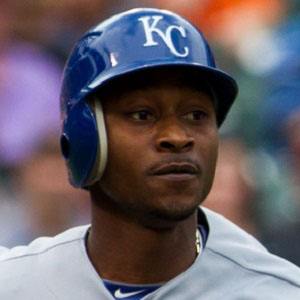 Outfielder who helped the Kansas City Royals win the 2014 AL Pennant and the 2015 World Series. He is known primarily for his speed and base-stealing abilities.

He attended Southwest Mississippi Community College before being drafted by the Royals in 2006.

He recorded 36 stolen bases during the 2014 season, which tied for third in the American League.

He has three brothers and a sister. His mother's name is Cecilia.

He made the 2014 World Series alongside fellow Royals outfielder Lorenzo Cain.

Jarrod Dyson Is A Member Of