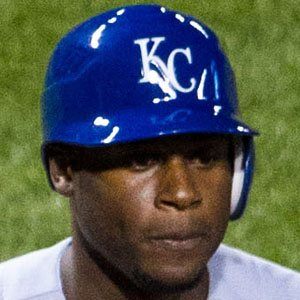 Outfielder known for his defensive prowess who was named MVP of the 2014 ALCS after helping the Kansas City Royals capture the AL Pennant. He then won a World Series Championship with the team in 2015.

He began playing baseball during his sophomore season at Madison County High School in Florida.

He won the Wilson Defensive Player of the Year Award as the best defensive center fielder in the MLB two straight years in 2013 and 2014.

He was raised by his mother Patricia following his father's death when he was four years old. In 2013, he married Jenny Cain. He has a son named Cameron.

He was teammates with catcher Salvador Perez on the Royals team which took the San Francisco Giants to seven games in the 2014 World Series.

Lorenzo Cain Is A Member Of