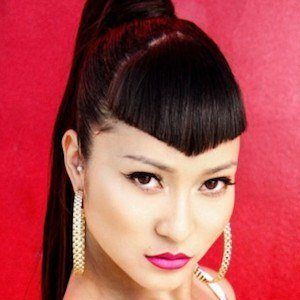 Professional dancer and choreographer whose been featured on numerous music videos, awards shows, TV shows, and films, including, most notably, Britney Spears' "Work Bitch," Chris Brown's "Love More," The B.E.T. Awards, The U.S. X-Factor, and The Today Show with Mel B.

She's appeared as Ricky Martin's backup dancer on such stages as The Ellen DeGeneres show, The Billboard Awards, The Voice Italy, The LifeBall, and New Wave Festival in 2014.

She was born and raised in Honolulu. She has also lived in New York and Los Angeles to pursue her dance career.

She was a freestyle dancer for Janelle Monae at the B.E.T. Awards.

Jasmine Perri Is A Member Of