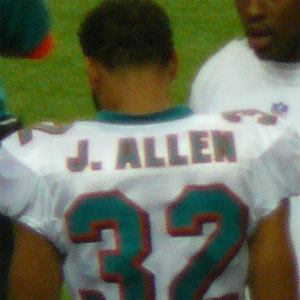 NFL cornerback who was selected 16th overall by the Miami Dolphins in the 2006 NFL Draft.

He was named the Alabama Gatorade Player of the Year in 2001.

He left Miami in 2010 to play one season for the Houston Texans, then signed with the Cincinnati Bengals in 2012, only to be released by the team in 2013.

He became teammates with Andy Dalton on the Cincinnati Bengals.

Jason Allen Is A Member Of