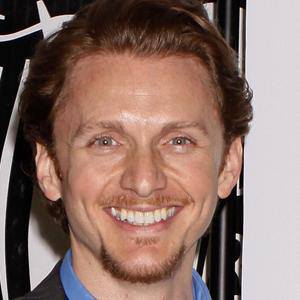 Renowned musical theater tenor who appeared in the Broadway productions of The Full Monty, Candide, Curtains, and Next to Normal.

He studied classical voice at the University of Missouri and Southern Illinois University.

In 1997, he was honored with a Theatre World Award and a Drama Desk nomination for his performance in Candide.

He married fellow Broadway performer in 1997.

He and his wife, Marin Mazzie, acted opposite each other in an off-Broadway play called Trojan Women: A Love Story.

Jason Danieley Is A Member Of