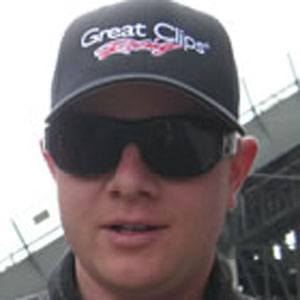 Former NASCAR race car driver whose career spanned from 2001 to 2013.

He started out racing midget cars in the USAC series, where he obtained three consecutive championships: 1997, 1998, and 1999.

In 2003, he was inducted into the National Midget Auto Racing Hall of Fame.

In June 2013, he died from complications related to a blunt force neck injury from a racing accident; he left behind one son, Charlie Dean.

He was fired by Joe Gibbs Racing in 2005, and replaced with Denny Hamlin, JJ Yeley, and Terry Labonte.

Jason Leffler Is A Member Of