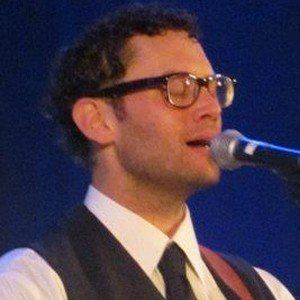 Singer and songwriter who first rose to fame after the release of his eponymous debut album. He then followed up with Soul in 2010 and Move in 2016. Many of his songs have been featured on television shows like Happy Endings, Carpoolers, and Parks & Rec.

He moved to Los Angeles, California in 2002 and four years later released his debut self-titled album.

Outside of his musical career, he has dabbled acting, starring in films like Cake: A Wedding Story and Rock Slyde.

His wife's name is Krista. Together they have one child.

Supernatural star Jensen Ackles has occasionally sung backing vocals for his music. His song "Vision" also appeared in an episode of the popular CW show.

Jason Manns Is A Member Of