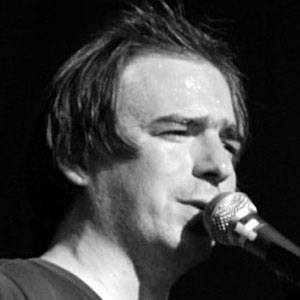 Remembered for his Songs: Ohia music project, which he later renamed Magnolia Electric Co., this indie rock and alternative country singer and songwriter released over a dozen recordings with the band, including Impala (1998); Ghost Tropic (2000); and Fading Trails (2006).

After studying at Oberlin College, he worked as a Cleveland-based heavy metal bassist before releasing his debut Songs: Ohia single, "Nor Cease Thou Never Now," in 1996.

He was born and raised in Lorain, Ohio. At the time of his death, he was estranged from his wife Darcie Schoenman Molina.

Jason Molina Is A Member Of