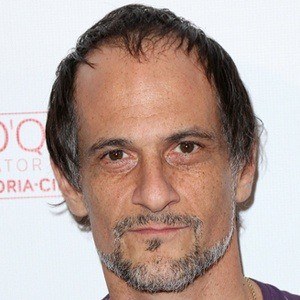 Pop singer and lead singer of the band Blood Sweat & Tears who is best known for singing the first theme song for the English version of the Pokemon anime. He has shared the stage with the likes of Michael Jackson, Aerosmith, and Meat Loaf. He has also acted and appeared in A Walk to Remember, Meet the Spartans and Sausage Party.

He recorded the theme song to Pokemon at the age of 29 and didn't know much about the show until then.

He used to be a backup singer for pop legend Michael Jackson and was the rap soloist for his song "Black or White," which he performed at the artist's 30th Anniversary concert.

He re-recorded the theme song due to the popularity of the Pokemon Go mobile app in July 2016 and also did a parody of the theme song, featuring Dwayne Johnson as a Pokemon.

Jason Paige Is A Member Of