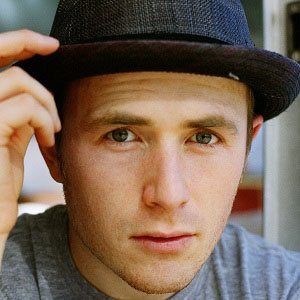 Famous for co-writing the hit songs "I Never Told You," "Realize," and "Bubbly" with pop vocalist Colbie Caillat, he is also notable for his solo albums, which include The Magnificent Adventures of Heartache (And Other Frightening Tales...) (2007) and The Lovesick (2011). He has also been a member of the band Gone West.

He began playing the piano at age five and the guitar at age seventeen and also performed with several touring choral groups. After briefly attending the University of Iowa, he released early recordings titled Makeshift Aircraft and Nervous Mind of Love.

He collaborated with Kara DioGuardi on the song 'Terrified.'

Born in Arlington, Texas and raised in Iowa City, Iowa, he later lived and worked in Los Angeles, California and Nashville, Tennessee.

He and Australian singer Lenka co-wrote a song titled "The Show" that was featured in commercials for the television series Ugly Betty and the clothing retailer Old Navy.

Jason Reeves Is A Member Of