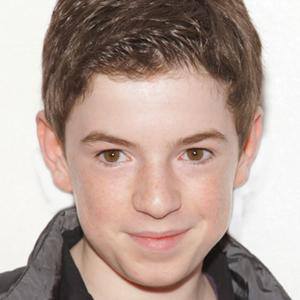 Gained fame for his performances in films like Fever Pitch, Ramona and Beezus, and Sunshine Cleaning. In 2011, he starred as Henry James Hermin in Jesus Henry Christ.

His career started after he was cast in a series of commercials in 2002.

For his performance in 2012's Jesus Henry Christ, he received a Young Artist Award nomination for Best Leading Young Actor in a Feature Film.

He was born in Toronto, Ontario, but holds citizenship for both the US and Canada. He began dating Léah Chiu in May of 2016.

He starred alongside Selena Gomez in the 2010 film, Ramona and Beezus.

Jason Spevack Is A Member Of