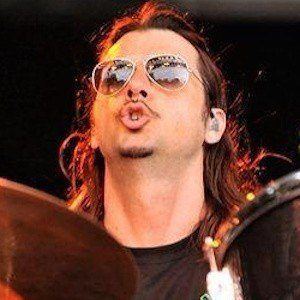 Drummer who has accompanied many musical acts, including Smash Mouth and Foreigner.

He began playing drums when he was nine years old. He has a Bachelor's degree in music education from the University of North Texas, and a Master's degree in orchestral percussion.

He has had several television and film appearances, such as The Tonight Show with Jay Leno, Late Night with Conan O'Brien, and the Late Show with David Letterman.

He grew up in Potsdam, New York.

He has drummed for the rock singer Marilyn Manson.

Jason Sutter Is A Member Of