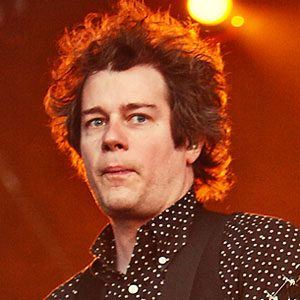 Lead guitarist with the punk rock group Green Day as well as a guitarist and vocalist with the group Pinhead Gunpowder. In Green Day, he is joined by drummer Tre Cool, bassist Mike Dirnt, and singer/guitarist Billie Joe Armstrong.

He was a last-minute stand-in for a Bay Area punk band called Monsula when Green Day was touring through Little Rock.

He has been with Green Day in an unofficial capacity since 1999; finally, in 2012, they made him an official member.

He married his wife Janna Rollins in 2005. They have a child named Sonny.

Jason White Is A Member Of