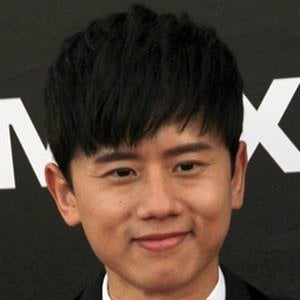 Pop singer and songwriter whose career took off after participating on the popular Hunan TV talent show Super Boy. In 2017, he performed the theme song for the Chinese localization of Michael Bay's Transformers: The Last Knight.

In 2003, he took second place in the MTV-Samsung Anycall National Singing Competition.

He was the recipient of the Best International Artist award at the  American Music Awards in 2014.

In 2010, he performed two songs made famous by Michael Jackson at the Boao Forum for Asia.

Jason Zhang Is A Member Of