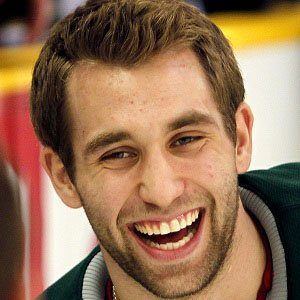 Left winger who made his National Hockey League debut in 2012 with the Minnesota Wild, scoring his first NHL goal in February 2013.

He played hockey at the University of Denver.

He represented the United States at the 2010 World Junior Hockey Championships and took gold.

He was born in Newport Beach, California. In 2016, he married Carly Aplin. He has a son named Hendrix.

He joined left winger Dany Heatley on the Wild in 2012.

Jason Zucker Is A Member Of