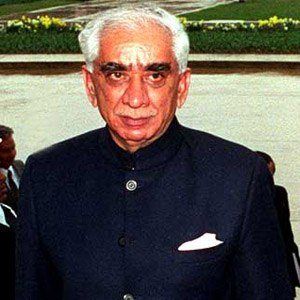 After attending India's National Defense Academy, he served in the Indian Army. In 1980, he was elected to the Indian parliament's upper house.

After meeting with American President Bill Clinton in the aftermath of India's controversial nuclear weapons tests, he successfully repaired his country's relationship with the United States and earned a reputation as a skilled negotiator.

He was born and raised in Rājasthān, India, which was then part of British India.

He served as Minister of Finance, Defense, and External Affairs during the administration of Indian Prime Minister Atal Bihari Vajpayee.

Jaswant Singh Is A Member Of