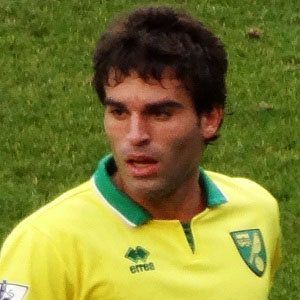 Spanish soccer player best known as a left wing for clubs like Manchester City and Norwich City. He began playing for the Spanish national team at the Under-17 level in 2001.

He grew up in the youth system of Real Sociedad before making his senior debut with the club in 2001.

He won the UEFA European Under-19 Football Championship with Spain in 2004.

He was born in Irun, Basque Country.

He has been teammates with English forward Gary Hooper at Norwich City FC.

Javier Garrido Is A Member Of