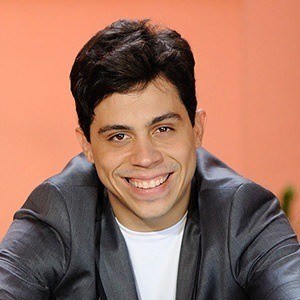 Dominican actor and singer who is well known for his roles in musical theater, for his role in the former pop group AURA, and for his role on the TV show Qué chévere es saber.

He studied music at the Center for Modern Music Education.

He has performed in musicals such as West Side Story, Annie, Rent, and Chicago.

He married his wife Karla in 2011, together they have two sons, Noah and Teo.

Javier Grullón Is A Member Of