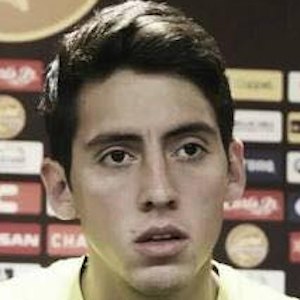 He began his youth career with the Sinaloa club. He made his senior career debut with the club in 2011 and was loaned out to Tijuana in 2014 and later Atlas in 2016. He then joined the Atlas FC for a year in 2017 before landing a spot with the Cruz Azul squad in 2018.

He is known for having won the Copa MX trophy as part of the Cruz Azul club during their 2013 season.

He was born and raised in Culiacan, Sinaloa, Mexico and shared a photo with his mom to Instagram in June of 2016.

He played alongside Martin Cauteruccio and Iván Marcone as part of the Cruz Azul 2018 squad.

Javier Salas Is A Member Of