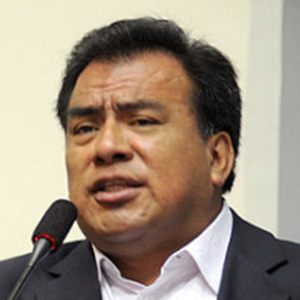 Politician who served as Prime Minister of Peru from 2009 to 2010. In 2016 he was reelected for his fifth term in Congress.

He graduated from National University Pedro Ruiz Gallo in 1987 with a law degree.

He has been a designate lecturer at the Higher Institute of Technology since 1990.

His wife is Jenny Obando Popuche.

He served as Prime Minister under President Alan García.

Javier Velásquez Is A Member Of