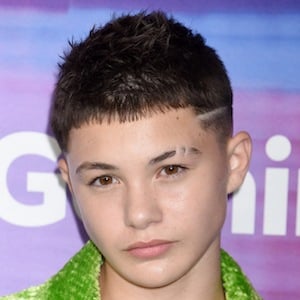 Child boxing prodigy turned actor who was the Georgia State Champion in both boxing and gymnastics. As an actor, he has played Ashtray on HBO's Euphoria and Grant on Amazon's Utopia.

He began training at the age of 4.

By the age of 10, he was sponsored by Under Armor making him the youngest member of the company's roster.  He has had a goal to appear in the 2024 Olympics for both Boxing and Gymnastics.

He has two brothers, Jaden and Daelo, and a sister, Jayla. His parents are named DJ and Jessica.

In October 2017, he was a guest on the Steve Harvey Show.

Javon Walton Is A Member Of