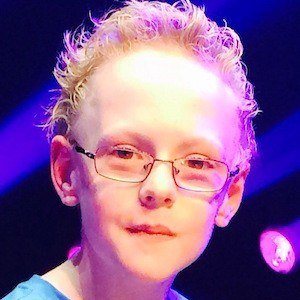 Child drumming sensation who burst onto the scene in 2012 when video of him playing along to the Foo Fighters' "Pretender" appeared online. It has since been viewed more than 1.3 million times.

He got his first drum kit when he was three, but his father has said that he was banging on anything he could find when he was only one.

His talent earned him an appearance on the Today Show in 2012. He weighed only one pound when he was born, and spent the earliest days of his life in the ICU.

He grew up in Canada, the son of a dancer and grandson of two music teachers.

While at a Pearl Jam Concert when he was eight years old, Eddie Vedder gave him a shout out and told him the band was a fan of his.

Jaxon Smith Is A Member Of