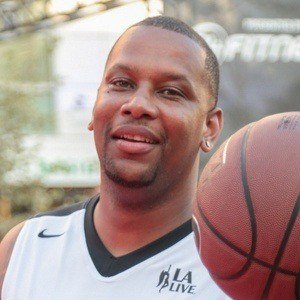 Rapper signed to Interscope Records at the OpM Company, he's become widely known for his single "Thuggin" and his many collaborations with artists like Wiz Khalifa and Rita Ora. He released his debut single "Stories" in 2012 and shortly followed with his second titled "Youzza Flip."

He grew up in gang culture and was forced to move across the country to avoid violence. He later moved back to his home state of California and became friends with rapper Dom Kennedy. He went on to support Dom throughout much of his career.

In 2013, he was arrested for assault with a deadly weapon and jailed in December 2013. It was there that he vowed his renewed commitment to music.

His mother is Jamaican and his father is Bajan.

He has been featured on tracks with artists like Ty Dolla Sign, Wiz Khalifa, and Juicy J.