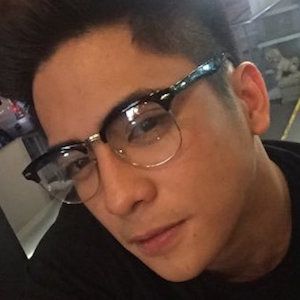 Actor and reality sensation most well known for competing on the sixth season of GMA's StarStruck. He then went on to earn a number of acting roles on Buena Familia, Dear Uge, and Naku, Boss Ko!

He first rose to fame in 2015 auditioning in the Eat Bulaga! segment That's My Bae.

His Dubsmash video of Brandon Beal's Twerk It Like Miley went viral after it was posted in 2015.

His full name is Ruel Julian Peter Arcilla. He was raised in San Pablo, Laguna, Philippines.

While on StarStruck, he competed with fellow television stars Migo Adecer and Klea Pineda.

Jay Arcilla Is A Member Of