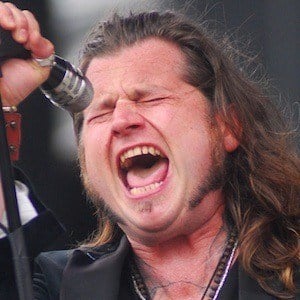 Lead vocalist of the Long Beach, California rock outfit Rival Sons. Rival Sons received positive feedback from their self released debut album Before the Fire in 2009.

Prior to finding success with Rival Sons he recorded as a solo artist.

He has shared the stage with rock & roll heavyweights such as AC/DC and Alice Cooper.

He is originally from Long Beach, California.

Both he and musician Bradley Nowell were contributors of the Long Beach music scene.

Jay Buchanan Is A Member Of