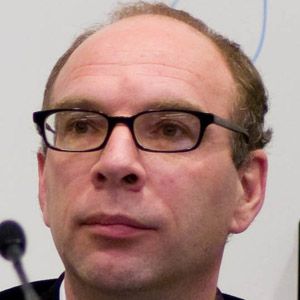 Known as a leader of the "citizen journalism" (or "public journalism") movement, this New York University journalism professor published a 1999 work titled What Are Journalists For?

In 1986, he graduated from New York University with a Ph.D. in media studies.

His popular blog, PressThink, earned a 2005 award presented by a non-profit foundation called Reporters Without Borders.

Before pursuing careers in journalism and teaching in New York City, he worked briefly for his hometown's newspaper, The Buffalo Courier-Express.

He and film critic Leonard Maltin both studied journalism at New York University.

Jay Rosen Is A Member Of