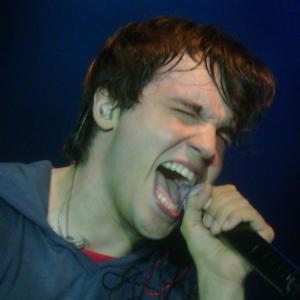 Brazilian singer and songwriter famous for songs like "Pode Agradecer" and "A Falta que a Falta Faz". He has released eight studio albums in his 20-year career.

At the age of 10, he recorded several songs and learned to play guitar. He then became an actor in the Célia Helena Theatre, performing in the musical comedy Cazas de Cazuza in 2000. In the same year he released his debut album titled Nem Tão São which received success.

In addition to his music, he also started a blog called jvaquer.com which features a variety of writing posts that discuss his process of recording and other events in his life and career.

He was born and raised in Rio de Janeiro. He is the son of Jay Anthony Vaquer and Jane Duboc, both musicians.

As a famous musician from Brazil, he can be seen in relation to other musicians from the area including Gilberto Gil, Caetano Veloso, Elis Regina, and Ivete Sangalo.

Jay Vaquer Is A Member Of