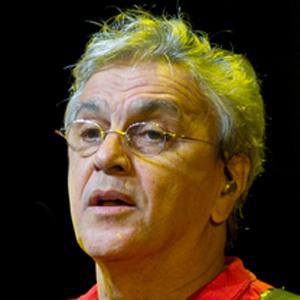 Recording legend who became known for his role in the Brazilian artistic movement of the late 1960s, Tropicalismo. His music was featured in such films as Eros by Michelangelo Antonioni and Talk to Her by Pedro Almodovar.

He was sent to prison and later exiled by Brazil's military dictatorship for his leftist political stance.

He was named Latin Recording Academy Person of the Year in 2012.

His father was a government official. He grew up with six siblings. He married actress Andrea Gadelha in 1967.

He performed and appeared in Pedro Almodovar's Academy Award-winning film "Talk to Her" from 2002.

Caetano Veloso Is A Member Of