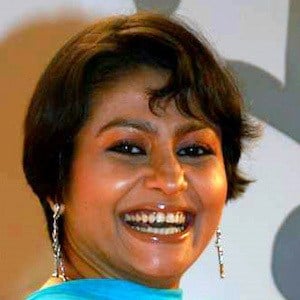 Indian television actress best known for her appearances in soap operas such as Kyunki Saas Bhi Kabhi Bahu Thi as Payal and in Kasamh Se as the character Jigyasa Bali. She is also known for her feature film roles including as Manorama in the 2002 film Devdas.

She was nominated for an Indian Telly Award for her role in Kyunki Saas Bhi Kabhi Bahu Thi in 2000.

She was born and raised in Guwahati, Assam, India.

She starred alongside Shah Rukh Khan and Aishwarya Rai Bachchan in the 2002 musical Devdas.

Jaya Bhattacharya Is A Member Of