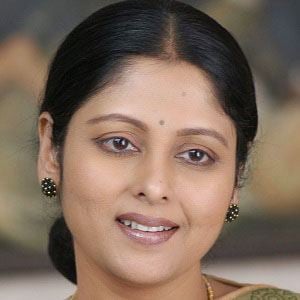 Veteran Indian actress who became a star in Telugu cinema with the title role in 1976's Jyothi. She has since appeared in more than 200 Telugu films, including box office smashes like 1977's Adavi Ramud, and earned multiple Filmfare Awards for Best Actress.

She was born in Madras and made her acting debut in the 1972 Telugu film Pandanti Kapuram at age 12.

She received a Lifetime Achievement Award from the Andhra Pradesh Cinegoer's Association in 2008 and from Filmfare in 2010.

She married producer Nitin Kapoor in 1985. She is the niece of famed actress and director Vijaya Nirmala.

She co-starred with actor and politician NT Rama Rao in the drama Adavi Ramudu.

Jayasudha Kapoor Is A Member Of